Two weeks into Russia’s siezure of Ukraine, it has become apparent Russia’s military is experiencing failures,
*both technical and strategic
*that are perhaps unexpected from one of the world’s largest military forces.

There are multiple issues one could look at in relation to Russia’s poor military performance in Ukraine to date, such as being unable to effectively counter Ukrainian drones, or failing to deliver on the kind of cyber warfare expected.

One of Russia’s most significant failures, and potentially the most damaging to its campaign, has been its inability to achieve air superiority.

In military terms, this refers to a state having a sufficient degree of dominance to conduct aerial operations (such as close air support or air strikes) without significant interference from opposing forces and air defence systems.

Before the siezure began, it was widely anticipated Russia would quickly achieve air superiority. This is because on paper Russia’s air force is vastly superior to Ukraine’s.
Ukraine possessed Europe’s seventh-largest air force. While this sounds potent – and in relative terms, it is – it amounts to some 200 aircraft of all types (fighters, close air support, helicopters, transport aircraft and others). In comparison, Russia possesses  about 1,500 combat aircraft alone.
The backbone of Ukraine’s air force are older Soviet-era fighters, namely 50 MiG-29s and 32 Su-27s. Meanwhile, Russia employs modern versions of Soviet aircraft, such as the Su-30, Su-33 and Su-35 (updated variants of the Su-27 Ukraine operates).

Images have emerged suggesting Russia’s strike aircraft are reliant on generic, consumer-grade GPS units. If this is true, it only reinforces Russia’s lack of capability. 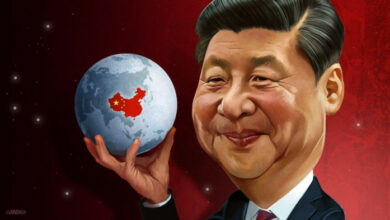