One of the most unique beliefs of Sanatan Dharma or Hinduism is that it believes that everything that exists has a unique soul which is part of the Divine. Whether it is a rock or the sea or the different planets or plants or a river or a mountain – everything has its own life and its own soul. Because of this belief, our civilization believed that nothing should be harmed or exploited to suit only human beings. In fact while human life has been considered as the epitome of all life forms because of what they are capable of achieving, other life forms too have their own place of respect in this evolution. This is precisely why Hinduism and nurturing and protecting ecology go hand in hand. To understand how much this thought process has been enforced into our psyche, one has to learn about some of our Upavedas (Knowledge branches other than Vedas) like Ayurveda (holistic Health) and Shilpaveda (Technology).

What is Shilpaveda? It is that branch of Upaveda which deals in how and where technology has to be used. It has three parts to it:

As per the teachings of the above, natural resources were to be used wisely and with devotion since for us, Prakruti or Nature was holy and to be respected. Not just this, it was NOT a “one size fits all” – this can be understood clearly when we learn that there were 18 schools of architecture for every region of Bharat since every region was different from the other (we have sea coasts, deserts, plains and mountains in our topography). If one were to read about our Yantras (machines) like the Vimaans, one would be surprised to see that they harnessed the power of steam, wind and anti-gravitational forces to move the vehicles. In today’s world where we are drying up our oil wells and thinking of mining and using Lithium, which is a difficult resource to dispose off (because it doesn’t degrade easily), one should try doing more research on how our ancients harnessed reusable resources even for vehicles.

Individualism had no space in our philosophy if it was against universalism. The rule followed generally was that plant and animal life could be used the most, since they were easily available and their production too could be majorly controlled by humans. Water resources could not be exploited as much as plant and animal resources, since its production is not in our control – humans could only conserve it. Minerals and other wealth below the earth or seas could not be produced at all by humans and its production takes thousands of years, and hence it was to be used sparingly and was to be saved for the future generations.

In short, renewable energy should be used first; replenishable energy next and depletable energy last and least. Such sage advice was strictly followed by our ancestors and hence till today we have not come to the stage where we are in fear of losing our natural resources completely in Bharat.

The other unique feature of Sanatan Dharma was the use of everyday stories, rituals and even shlokas to keep reminding people of how our resources should be used or replenished. I would like to draw the attention of the reader to some of them …

When a child is born, every Hindu parent gets the child’s natal chart drawn up. Did you know that every Nakshatra (constellation) has its own tree and that everyone is expected to plant a tree of his/her own nakshatra in his/her lifetime if possible?

The Vedas, the Puranas and even the Mahabharata have references to what all punya (merits) one gathers by planting holy trees like the banyan, palash, neem, bilva, mango, tulsi plant, etc. It was considered a paap (grave demerit) if one cut down any holy tree. All these trees which were considered holy were usually those trees which purified the environment (air) or which had its roots run deep and far under the soil. This helped in water conservation and prevented soil erosion.

In the Matsya Puran it is stated,

Every ancient Temple has its own water management system in the form of Kunds or Tanks which are considered holy. It was the best way to conserve water which is the basic requirement of life. Apart from this, every Temple had its own well too from where the water would be used only for ritualistic purposes like Abhisheka, etc. This meant that our Temples made sure that water could be commonly accessed too by the people of that region.

Kings and Queens of yore used to dig stepwells in memories of their deceased spouses or parents and these stepwells were open to the public. These were great water conservation efforts.

The story of the descent of the Ganga, one of the most important rivers in our civilization, speaks much about the importance of water in our culture. Rivers were not just the lifeline of our civilization, they also gave mukti or salvation to our ancestors. The story of the river Ganga is even more unique because the descent itself signifies the bridge between heaven and earth and is a story of Tapasya or penance. Every branch of this holiest of holy rivers has its own story and every story talks about the river remaining unfettered because She could not and should not be bound by humans unless it is for a spiritual reason. Greed cannot have a role to play in the flow of the Ganga. This is why when we as a Nation could not refrain ourselves from polluting the Ganga, we polluted our mind-set and our culture.

One of the famous episodes in Sri Krishna’s life is the lifting of the Govardana Parvata on His little finger. While doing so, He protects the mountain, the trees, the land, the cattle and other animals and the human forms too. This is one of the best examples in Sanatan Dharma to show how every life form is equally protected by the Divine. We have no rights to destroy anything – mountain or land or humans or creatures. We should only learn to co-exist and preserve all.

In modern times, the best way to learn about this is by looking at our Vanvaasis or our indigenous tribal people. They not just protect our forests and animals, they co-exist peacefully … making bio-friendly sanitizers from Mahua leaves is one of the best examples of this. Yes, Bharat still has a lot to teach the world about co-existing with Nature without destroying her or denuding her. But before that Bharat has to rediscover the wealth in her scriptures once again. Jai Hind.

Author : Rati Hegde (a columnist, a story teller, a lover of Cows, a devotee of Shree RamachandraPura Matha. write on Current affairs, women, blasting narratives about the Hindu Caste system, Spirituality and more.) 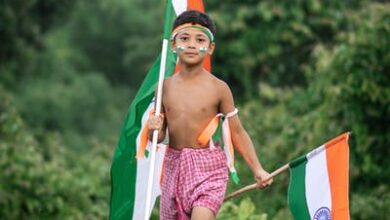 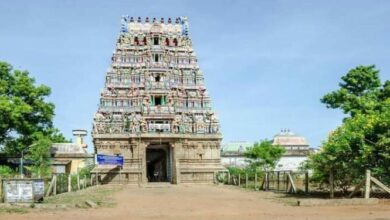 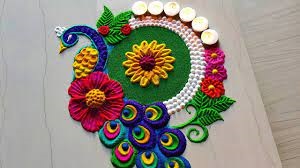 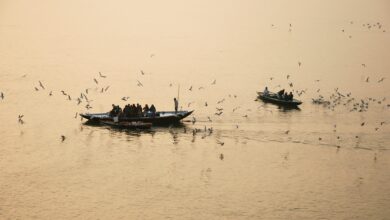