Word Anasuya is composed of two Sanskrit words – ana and asuya. Ana is a negative prefix which means absence and Anasuya means absence of jealousy. She is a compassionate woman.

Anasuya is married to sage Atri. Sage Atri is credited with composing large portion of Rig Veda. Anasuya is regarded as a chaste woman. A chaste woman is someone with a sense of oneness. With her oneness with a revered sage like Atri who has composed hymns to Agni, Indra, Marut, Mitra-Varun, Anasuya is also powerful in her own right. The tales about Anasuya narrate that she makes tree grow fruits, brings river to the earth during a drought and also, she is able to grant life and undo curses.

There is a famous story about Anasuya which tells us about her sympathetic consciousness. Anasuya is known for her chastity. Three goddesses Laxmi, Parvati and Saraswati also want to know the secret of her chastity. For that, they request their husbands to test her chastity. The divine trinity goes to Anasuya in the disguise of sages and asks for Nirvana Bhiksha, which means that she should serve them naked.

At first Anasuya is perplexed with this strange condition. She is at a dilemma between her duty to her guests and her husband.  A dilemma that Anasuya faces between her duties to towards two different stakeholders is the dilemma which all of us face in our life. However, Anasuya is innovative in her thoughts while finding the solution to her dilemma. She meditates and with her sympathetic consciousness turns the trinity into six months old babies and feeds them with motherly affection. The trinity turns into three headed son popularly known as Dutta.

In this story Anasuya not only gifts the world with an embodiment of trinity but also gifts us threefold mantra to change the world – ‘accept, connect and change’. At first, she is perplexed with a strange condition, but she accepts it, with her meditation she connects and then she changes the things the way she wants through her sympathetic consciousness. So, if we want to change anything around us a story of Anasuya teaches us that if we want to bring a change, we need to first accept the situation, connect with people and then we are able to change the things. And then what comes with that change is a gift to the world. Word ‘Dutta’ means given or a gift. Spiritually, Dutta is known as a savior in the current times. In nutshell a threefold mantra ‘accept, connect and change’ is a precious gift to the society and the change brought through the use of this mantra would ultimately help us in uplifting our society.

Anasuya plays a short but important role in the epic Ramayana. Anasuya lives with her husband in a small hermitage on the border of Chitrakut forest. Ram, Laxman and Sita visit during their exile to the hermitage of sage Atri and Anasuya. Sita’s meeting with Anasuya and their following discussion is a crucial turning point that prepares Sita for an ordeal she faces later in her life. During this visit Anasuya tenders Sita with mother’s love and revises with her the key lessons for a successful womanhood, the way a mother does with her daughter. Sita is in her blooming youth when she meets Anasuya. During her visit Anasuya shares with her a secret of eternal beauty. Most importantly, Anasuya shares a secret of oneness with Sita. A secret of oneness given by Anasuya helps Sita during her abduction by Ravana and subsequent solitary confinement. During this difficult time Sita is able to seek oneness with Ram. Through a story of Ramayana, we see Sita emerging as a strong character, actually modeling the teachings of Anasuya through her thoughts and actions that makes her an extraordinary woman.

Amrit Mahotsav – Manipur’s fighting spirit and The Battle of Khongjom 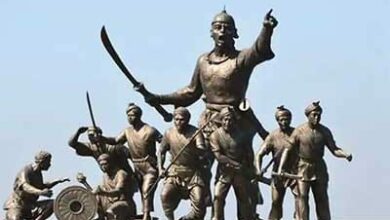 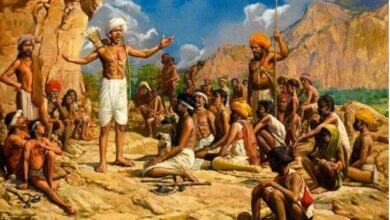 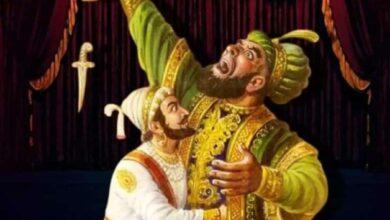 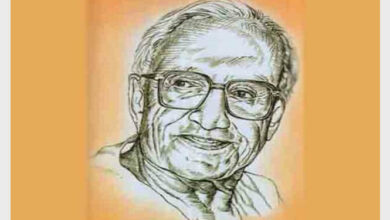