The Leftist students and student unions created a ruckus at the venue where havan was being performed as part of Ram Navami celebrations at the Jawaharlal Nehru University. Several ABVP activists were injured.

It remains beyond the realm of possibility that a Hindu festival is being celebrated, and the Leftists will let it pass peacefully.

On Sunday (April 10), when the whole country was celebrating the birth anniversary of Prabhu Shree Ram, the Akhil Bharatiya Vidyarthi Parishad (ABVP) committed the ‘crime’ of celebrating Ram Navami on the JNU campus.

Just after the havan started, the Leftist goons of the university descended, demanding it to be stopped as it was disturbing the ‘secular’ environment of the campus.

The violent attack resulted in many ABVP activists getting injured.

Immediately after the violent attack, the Leftist goons of the university moved to phase two of their plan and started crying victimhood. They claimed that ABVP did not allow the cooking of the non-veg in the Kaveri hostel even though it was on the menu for the day.

ABVP National General Secretary Nidhi Tripathi said that non-vegetarian food was cooked in all the JNU hostels as per schedule for eight days of Navratri, and no one protested, and on the ninth day, Leftists claimed there was a fight over non-veg food.

She added that it was a cooked-up story by the Leftists of the university.

Anand Srivastava, Organization Secretary North Zone ABVP, said that there are 17 hostels in the JNU and food is cooked as per the menu in all the hostels. There was no fight earlier, and on the ninth day, Leftists claim there was a fight over food.

He added that Leftists are now making excuses to hide their evil intentions of disrupting the Ram Navami celebrations in the university.

JNU student Divya resisted the Leftists’ attempt of disrupting the havan. In the process, she was badly thrashed by the Leftist goons.

After disrupting the havan, Leftist students marched towards Vasant Kunj Police Station, giving the impression that they were victims, and the controversy was about the food served at the hostel.

Some Leftist journalists and social media influencers started regurgitating the lies spread by the Leftist students of the JNU. 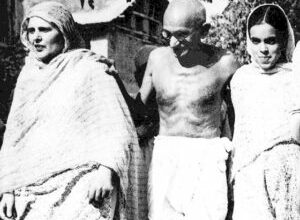 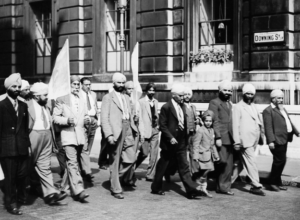 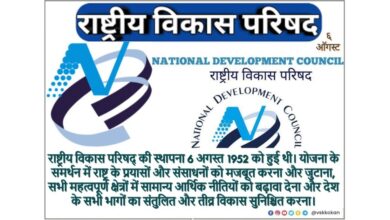