MUMBAI (VSK): The Indian Railways has started running Oxygen Express which is proving to be a timely shot in arm for various state governments to fight out the worsening COVID situation.

The task wasn’t easy at all. There were several constraints. Oxygen is cryogenic and hazardous chemical and to be able to transport it easily, the Railways had to be very specific on height of the tankers, had to plan the routes meticulously to avoid low height fixed structures like the Road Over Bridges (ROBs) or the low-lying overhead wires etc. Also, there were stringent security protocols to be followed like avoiding suddenly increasing or decreasing speed and to check pressures in between, especially when it is in loaded condition etc.

Most importantly, all this was planned and tested within two days, trials were conducted on the third day and first Oxygen Express ran between Mumbai and Visakhapatnam on the fourth day effectively resolving a major issue of transportation of medical oxygen.

The first oxygen express started from Kalamboli on 19th April. Distance between Kalamboli and Vizag is more than 1850 kms which was completed by these tankers in just about 50 hours. Seven tankers with more than 100 tons LMO (Liquid Medical Oxygen) were loaded in next 10 hrs and transported back to Nagpur in just 21 hrs. Three tankers were unloaded at Nagpur while remaining four reached Nashik in next 12 hrs.

Normally the tankers would have taken around three days of travel time each way making transportation of medical oxygen a week-long affair, where the railways provided a speedy and cost-effective solution. Movement of the train was continuously monitored and green corridor was created for the faster movement of the Oxygen Express. Railways thus rose to the occasion providing effective economical express solution to a crucial problem.

The moment railways got the request from the state government, it made ramps at various places immediately for the movement of liquid medical oxygen tankers. The rams at Kalamboli were made in just under 24 hrs. The request was made on April 15. While work began on building ramps on one hand, two days were spent on planning the route. Ghat sections were to be avoided while height restriction like the Road Over Bridges, Tunnels, Platform canopies, Over Head Equipment etc. were to be considered. Curves was another aspect which was to affect the speed. With all these aspects on mind, Railways decided to take the tankers via Vasai, Surat, Bhusaval, Nagpur route. The longer route via Vasai was charted as Over Dimensional Cargo (ODC) is not permitted to travel in Ghat sections over Mumbai division.

Model of road tanker T1618 with a height of 3320 mm was found feasible to be placed on flat wagons. Of the 12 tankers made available by the industry sources only 7 matched the height specifications. Tests were quickly conducted at Boisar on April 18 and the express left Mumbai on April 19.

With the success of this Oxygen Express, several other states like the Uttar Pradesh, Madhya Pradesh, Andhra Pradesh and Delhi too made similar requests to the Railways and the LMO Express ran between Lucknow and Bokaro on April 22.

Though LMO Express is a glaring example, Railway’s contribution in fight against COVID is not limited only to that. Railways made available 3,816 of its coaches to various state governments to develop isolation or quarantine facilities. While Delhi had 75 such coaches in their service, Maharashtra has 21 coaches at Nandurbar serving in the fight against COVID.

Apart from this, Railways ran 106 special trains from Mumbai and Delhi areas between April 12 and April 23. All over India various sections of the Railways ran 328 additional trains which made 664 additional trips during the same time. Freight transportation too has touched new heights with over 74 percent increase in load transported between January and April 2021. Railways have also achieved highest ever loading of 1232.64 Million Tons (MT) in FY 2020-21 despite pandemic. 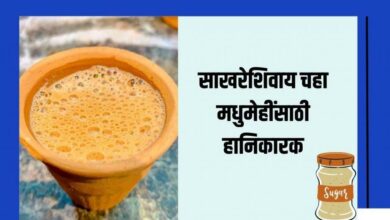 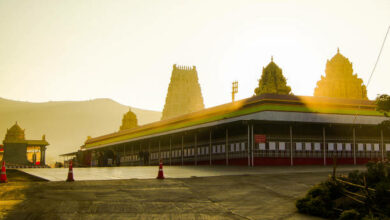