A mantra is basically a sound formula that is carefully formed by stringing together certain selected primordial vibrations or bija, which, when properly pronounced, are capable of activating the elements of Mother Nature. When activated through japa or repetition, a mantra gives rise to a distinct vibration. The rishis who devised mantras were called mantradrastar. Rishi Vishwamitra was the mantradrastaar of the sacred Gayatri Mantra, and sage Vashishtha was the mantradrastaar of the life-protecting maha mrityunjaya mantra. The purpose behind reciting a mantra is to free your mind of all redundant and evil thoughts. In Sanskrit, mann means ‘mind’ and tra means ‘freeing. So, a mantra is a means to cleanse our mind of negative thoughts. Before formulating a mantra, its originator would select each of its letters with great deliberation, and experiment its effects on himself before offering it to society. A mantra becomes potent only when concentrated upon, and when the presiding deity of the mantra is invoked, manifested, and pleased with the sincere efforts of the devotee.

Om is a monosyllable, therefore, it is an ekakshara mantra. The well-known mantra Om namah Shivaya is à panchakshara mantra, with five syllables, whereas Om Namo Bhagavatey Vasudevaya is a dwadashakshara mantra, with twelve syllables. Further, the mantras that are found in the Vedas are known as Vedic mantras, while potent. Vedic mantras are not only rich in their meaning, the others are but also in the sound emanating from their accurate general mantras, but they too are equally
chanting. In the Agni Purana, Agnidev, the god of fire, classifies mantras and says that mantras with more than twenty syllables are called mahamantras, and usually end with swaha or namah. Mantras that end with swaha remove diseases and problems and bring peace in one’s life. Mantras that end with namah are used to attract wealth, prosperity and fame. Besides, there are mantras that carry the sound futt at the end: these are very harsh and carry destructive powers for any problem or enemy.

To activate the power of a mantra, mere repetition is not enough. During the course of sadhana of a mantra, one has to conserve one’s energy to its maximum by observing celibacy, controlling anger and minimum use of speech. In our modern-day life, it is not possible to observe these religious tenets. No wonder, mantras do not yield the desired result. Moreover, before mastering a mantra, one is required to repeat it with full concentration for a specific number of times, maybe over a lakh times.

Also, a particular mantra, while fruitful for one may not necessarily be efficacious for another. Which mantra would suit whom depends upon the spiritual level of the seeker. However, there are certain universal mantras like the Gayatri Mantra, which can be recited by all. For fruitful results, a mantra should be properly seeded by a competent guru. Another interesting fact about mantras is that when these are recited during an eclipse, their efficacy is enhanced manifold. The science behind this belief is that during an gravitational pull is augmented and the sound energy eclipse, the upward that one releases by repeating the mantra goes to the astral world faster than on normal days.

One should remember that if mantras are translated into any other language, their sound vibrations would be lost because they will have different sound wavelengths. For a mantra to be effective in the shortest time, it is mandatory for the seeker to do mantra japa at the same place, same time, on the same asana or seat, with the same rosary, and while facing the same direction.

It is interesting to note that Dr Howard Steingeril, an American scientist, has established in his physiology laboratory that recitation of the Gayatri Mantra produces 1,10,000 harmonious sound waves per second (“The Best Divine Prayer/Hymn in World’, December 2012). Similarly, other mantras also produce sound waves and bestow spiritual strength upon their chanter who receives supernatural powers.

In ancient days, when idols of deities for temples were carved out of rocks, the sculptor would mentally recite the mantra associated with the deity. Not only that, he would also refrain from any sort of mental chatter or distraction while repeating the mantras. Idols thus carved were enlivened due to the power of the mantras. In Ayurveda, certain medicines were divinized before being administered, by reciting a mantra. Gemstones were also empowered prior to their being set into a ring or an amulet. During the epic days, arrows were shot at an adversary after reciting a mantra and naming the enemy. In this way, they were similar to the modern day guided missiles. Lakshmana rekha, which Lakshmana drew before leaving Sita in the kuti or hut at Panchavati, was charged with the power of a mantra, which would protect Sita from harm, as long as she stayed within the circle. Even Ravana was unable to cross over the mantra circle drawn by Lakshmana around the hut. Such was the power of mantras.

The science behind all these old practices was to infuse nature’s invisible subtle energy into visible objects such as idols, arrows, gems and medicines, and divinize them. With the power of mantras proven scientifically and esoterically through aforementioned benefits, lets get on with a more detailed research on the origin of this belief. Let’s evaluate both the Western and Eastern perspectives and discoveries on the Power of sound and hence power of mantras. 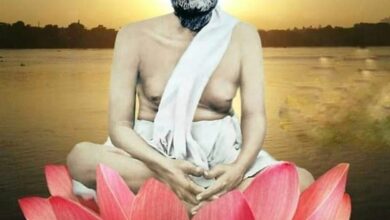 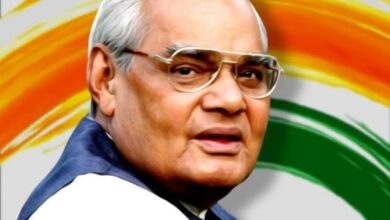 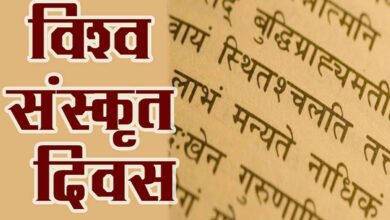